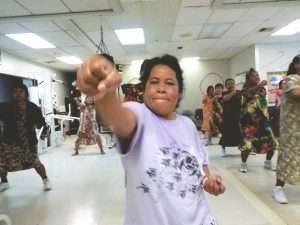 “The diabetes time bomb has been ticking for 50 years, and it’s been getting louder. Despite the warning, successive generations of world leaders have largely ignored the threat.”

According to the Centers for Disease Control and Prevention, one in eight American adults had diabetes in 2014. If the current trends continue, they estimate that as many as 1 in 3 adults will have diabetes by 2050. The rate of diabetes has increased from 0.9 percent in the late 1950s to 9.3 percent in 2014 (12.3% in those over the age of 20 years). The figures are even more staggering among American seniors (those aged 65 years or more) – over 25% have type 2 diabetes, and over 50% have prediabetes. While statistically, diabetes is the 7th leading cause of death in the United States, this figure belies the fact that most people with diabetes do not die of diabetes: they die heart disease, kidney failure, and other complications. Globally, diabetes has become the 21st century plague, crippling rich and poor nations alike.

Diabetes Statistics in the United States 2010

Diabetes rate among the entire population: 9.3%

Diabetes rate among Americans over 20 years of age: 12.3%

Diabetes rate among Americans over 65 years of age: 25.9%

Estimated prediabetes rate among the entire population over 20 years of age: 35%

Estimated prediabetes rate among the American population over 65 years of age: 50%

Diabetes is a metabolic disorder that diminishes the body’s ability to usher glucose into cells so it can be used for energy. Glucose is the primary source of energy for the body, and in order for glucose to enter our cells a “gatekeeper” called insulin must let it in. People with diabetes either do not produce any insulin, do not produce enough insulin, or have become “resistant” to the insulin that they produce. This means insulin cannot do its job and blood glucose levels begin to rise. When blood glucose is elevated over time, body tissues become awash in sugar and health tumbles down a rather predictable slippery slope.

There are two main types of diabetes: type 1 and type 2. Type 1 diabetes is characterized by lack of insulin production by the pancreas, and it is generally regarded as an autoimmune disease. It occurs suddenly, and most often affects children and adolescents. Type 2 diabetes is distinguished by the preservation of insulin production, but faulty insulin action. Essentially the product of diet and lifestyle, type 2 diabetes is an insidious disease, often going undetected for many years. Globally, type 2 diabetes accounts for over 90 percent of all diabetes cases. The rise in diabetes runs roughly parallel that of overweight and obesity, with risk doubling in those who are overweight and tripling in those who are obese. While excess body fat plays a strong role in this disease, the way the fat is distributed is perhaps even more significant. Weight concentrated around the abdomen and in the upper part of the body (apple-shaped) increases risk far more than weight that settles around the legs and hips (pear-shaped). Fat that collects in and around vital organs (visceral fat) is far more damaging than fat that accumulates close to the skin’s surface (subcutaneous fat). Type 2 diabetes was once referred to as “adult-onset diabetes” because it was a disease rarely occurred in people under 50 years of age. Today, type 2 diabetes is seen in young adults, teens, and even children. Untreated or poorly controlled type 2 diabetes is a leading cause of blindness, premature heart attack and stroke, kidney failure, nerve damage, and amputations.

The Luck of the Draw?

Some people believe that type 2 diabetes is more a matter of bad genes than bad habits. While it is true that some populations have a greater susceptibility to the disease, genes serve primarily as a loaded gun; it is almost always diet and lifestyle that pull the trigger.

The people of the Marshall Islands provide a poignant example. The Marshall Islands are a group of islands about 2300 miles southwest of Hawaii with a total population of about 60,000 people. In the Marshall Islands, an estimated 28 percent of those over 15 years of age and 50 percent of those over 35 years of age have type 2 diabetes. Sixty years ago, diabetes was virtually unheard of in the Marshall Islands. While changes in genes were negligible during those few decades, changes in diet and lifestyle were profound. Sixty years ago the Marshallese were slim, physically active, and lived off the land and the sea. The diet consisted of edible plants such as coconut, breadfruit, taro, pandanas and leafy greens, and fish and other seafood. All of these foods were acquired through physical work. Today, the Marshallese diet consists primarily of imported, processed foods, and the Marshallese people have become largely sedentary. A typical breakfast consists of cake donuts or sweet pancakes and coffee. The first foods of the day for children are often popsicles, chips, soda pop, or dry ramen noodles with dry Kool-Aid powder sprinkled on top. Lunch and dinner feature sticky white rice with meat or fish. Favorite meats are Spam, canned corned beef, chicken, and variety meats such as turkey tails or pig’s intestines. The meal is predictably washed down with a sweet beverage. It would be difficult to design a diet that could more efficiently induce type 2 diabetes than the diet that has been adopted by the Marshallese people.

In a laudable effort to reverse the Marshallese diabetes epidemic, Canvasback Missions Inc. (a Christian, non-profit organization, specializing in medical missions to remote South Pacific islands), in partnership with Loma Linda University and the Marshall Islands Ministry of Health, launched a lifestyle-based diabetes research study in 2006. Brenda Davis was hired to serve as lead dietitian; to design and implement the diet portion of the treatment program. For each intervention, approximately half of the qualified participants were assigned to an intervention group and half to a control group. Intervention participants received diet and lifestyle instruction over a 3-6 month period, while the control group received the “usual care” (advice from a physician and/or other health care worker to exercise, eat more healthfully and take the appropriate medication). Control group participants were guaranteed a place in the intervention group once their six-month control period had been completed (although their data could not used be used in the analysis). The two key elements of the lifestyle intervention were diet and exercise. The primary objective of treatment was to overcome insulin resistance and to restore insulin sensitivity as much as was physiologically possible. The diet was designed to support blood glucose control, reduce inflammation, reduce oxidative stress and restore nutritional status.. To accomplish this task, the dietary parameters were set as follows:

In addition to a highly therapeutic diet, participants received daily education about nutrition and lifestyle. PowerPoint presentations, practical workshops, dine-outs, shopping tours, and spousal cooking classes were all fundamental components of each intervention. To help increase access to affordable produce, participants were taught how to grow their own vegetables. Soil and gardening experts were brought in to conduct workshops, and participants were taken on agricultural field trips. Daily exercise including twice daily walks, aerobic classes, strength and flexibility exercises were all integral parts of therapy. The program results were remarkable during the first 2 to 4 weeks of the program. Typical reductions in fasting blood glucose were in the 50-75 mg/dL (3-4 mmol/L) range; and weight loss averaged approximately 2 pounds (1 kg) per week. Total and LDL-cholesterol, triglycerides and blood pressure plummeted. Participants consistently reported dramatic reductions or complete disappearance of pain in the legs, arms and joints. Many noted increased energy, improved mental clarity, fewer nightly trips to the bathroom, and rapid relief of chronic constipation. The majority of participants stopped taking diabetes medications. After 12 weeks, progress varied according to the participant’s commitment to the program. Those who stuck to the program continued to see improvements. Some reversed their disease, eliminating the need for medication, and experiencing blood glucose levels well within the normal range.

Could It Work at Home?

Some people ask if the kind of program we use in the Marshall Islands could work in North America and other developed parts of the world. If the impoverished people of the Marshall Islands can succeed with the enormous barriers they face, it should be a relative breeze at home. The Marshallese have somehow managed to overcome seemingly insurmountable mountains of Spam, donuts, ramen noodles, and sweet drinks.They have put together low cost, healthful meals despite the high cost and poor quality of their produce, their infertile soils, and their lack of resources. They have managed with little education and marginal English skills. They have succeeded with few gyms, no hiking trails, and a cultural taboo against women wearing pants, shorts or other fitness wear. Their example inspires hope for everyone, everywhere.