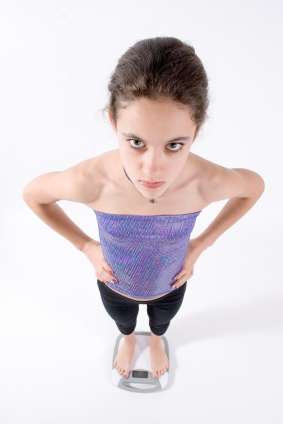 Many experts believe that vegan diets (and other types of vegetarian diets) can increase the risk of eating disorders. Some treatment centers consider the reintroduction of meat a necessary part of recovery. These beliefs are based on data released between 1997 and 2009 that reported significantly higher rates of disturbed-eating attitudes and behaviors, restrained eating, and disordered eating among vegetarians compared to nonvegetarians.1-5

A 2013 study of 160 women (93 with eating disorders and 67 controls) examined the motivation for becoming vegetarian in those who were vegetarian or who had ever been vegetarian. Almost half the participants with a history of eating disorders cited weight concerns as a primary motivation for becoming vegetarian; in the control group, none of the participants became vegetarian as a result of concerns about body weight.6 In 2012, two research papers provided valuable insights into the supposed link between vegetarianism and eating disorders. The first paper reported that vegetarians and pescovegetarians weren’t more restrained in their eating patterns than omnivores; however, semivegetarians (no red meat consumption) and flexitarians (occasional red meat consumption) were significantly more restrained than omnivores or vegetarians.9 In addition, the fewer animal products the vegetarians ate (in other words, the more vegan they became), the less likely they were to exhibit signs of disordered eating. The authors noted that while the semivegetarians and flexitarians were motivated by weight concerns, vegetarians and pescovegetarians were motivated by ethical concerns. The second paper (which included two separate studies) carefully separated true vegetarians and vegans from semivegetarians and omnivores.10 The findings added to the evidence suggesting that semivegetarians are at greater risk for disordered eating than omnivores or vegetarians. The investigators found that vegans had the healthiest scores of all dietary groups and speculated that vegan diets may actually be protective against developing eating disorders.10 Although these are preliminary findings, they do effectively challenge conventional thinking. Furthermore, the conclusion makes sense, given the other-directedness of vegans (their concern for animals and the environment) as opposed to the innerdirected nature of eating disorders.

To provide effective treatment for vegetarians with eating disorders, the first determination must be whether the patient is a true vegetarian or a pseudovegetarian. If the individual is a pseudovegetarian, the reintroduction of animal products can reasonably be considered a valid step in the normalization of eating. On the other hand, the reintroduction of animal products is unnecessary and potentially damaging for true vegetarians or vegans. Individuals who are ethically committed to a vegetarian or vegan lifestyle will resist any attempts to force them to forgo their values. They’ll feel disrespected and disconnected, making it difficult for them to trust their health care providers and work honestly at recovery. For true vegetarians, the addition of higher-fat, higher-calorie vegetarian foods is recommended. For vegans, this includes nuts, seeds, nut butters, avocados, tofu, legumes, starchy vegetables, and whole grains.

Vegans and vegetarians who have eating disorders should ask themselves this question: Was the decision to become vegetarian influenced by a desire to achieve a lower body weight—and is this still true? Some who initially select a vegetarian or vegan diet as a means of eliminating fattening food end up becoming convinced by the ethical, ecological, or health arguments in favor of this eating pattern. Although returning to an omnivorous diet is a part of recovery for some individuals, it’s not necessary for everyone; recovery doesn’t require eating animal foods again. Vegans and vegetarians can achieve complete recovery without forsaking the beliefs and values of this empathetic lifestyle.

3. Klopp SA et al. Self-reported vegetarianism may be a marker for college women at risk for disordered eating. Journal of the American Dietetic Association. 2003; 103(6):745–747.

10. Timko CA et al. Will the real vegetarian please stand up? An investigation of dietary restraint and eating disorder symptoms in vegetarians versus non-vegetarians. Appetite. 2012;58(3):982–90.